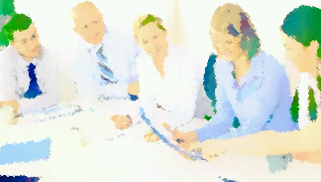 Most teams have challenges when it comes to ensuring optimal collaboration and effectiveness during meetings. It is true that many people are not fond of meetings and the list of pet peeves include that meetings are too long, do not reach any outcomes or agreements, are one-way conversations etc.  The tool I am sharing today can help teams become more aware of their particular downfalls and habits which contribute to having less effective meetings.

The Team Process Review Exercise requires the assignment of an observer to help make behaviors, team dynamics, habits and meeting inefficiencies visible to the team by simply observing them during a meeting. The assigned observer can be a team member (rotate the assignment to other team members for multiple team meeting observations) or it can be a trusted outsider (typically from Human Resources or Training & Development). The resource includes a template for the assigned observer to use when capturing impressions of the team during a meeting. The process of capturing observations, presenting observations and dealing with observations as a team is also described in the shared resource.

This site uses Akismet to reduce spam. Learn how your comment data is processed.